I learned about vertical gardening at my recent month-long workshop on Ecovillage Design Education at Findhorn in Northern Scotland. I have since found it in several books. We planted potatoes in the vertical garden we started, but you can plant anything that would grow in the ground in a vertical garden! Apparently carrots turn out a little wonky shaped, and I would imagine other root veggies do too, but who cares about the shape if you have yummy carrots! 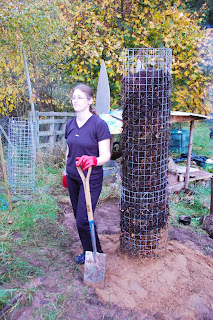 As a general rule, it would take 13 to 18 times more ground space to plant the same amount in a horizontal garden as you can in a vertical garden.

To make a vertical garden like the one pictured here:

Take a section of galvanized wire fencing with about 2″ holes. Count out 36 squares, and cut the section. Wrap the fencing around to make a cylinder; secure the ends together with twistie ties (this way you can open it, and then re-use it next year). 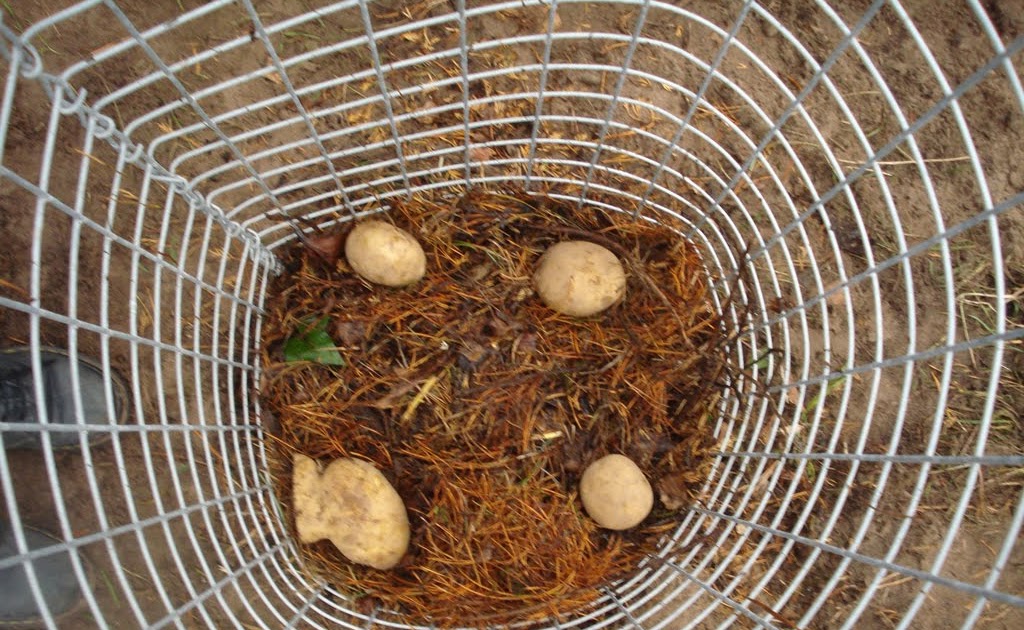 From the bottom of the cylinder, you want to make four wings. Make three cuts, up about 5 squares (or 10″) each, using the existing edge as the fourth cut. Bend the wings out so the structure will stand up. We buried these wings, but I’m sure they could be weighted down with 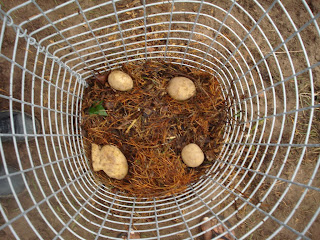 rocks or something. They function to keep the whole thing stable and keep it from blowing over in the wind.

So, then you start by putting in organic matter. The great thing is, you don’t need to put in soil! You can stuff it with compost or other dead material. We took four wheelbarrows into the forest and picked up stuff off the forest floor. Put about 8″ of material on the bottom, and then place seeds/potatoes on top. Add another 6″ of organic matter, another layer of seeds, another 6″, more seeds, and so on. We actually then put another cylinder (without the wings cut out) on top to make a double-decker garden. It wound up to be about six feet tall. 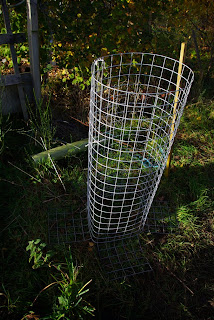 We planted potatoes, by throwing in four whole potatoes per planting row. You wind up with10-20 potatoes for every one you plant. Next fall the garden will be opened up, and will be full of potatoes. The leftover organic matter will fall to the ground and help to create topsoil, and the garden can be re- twistie-tied and used again. 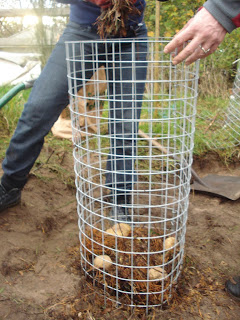 That’s it! Simple, space-saving, and productive. I hope you find this useful!

I learned about vertical gardening at my recent month-long workshop on Ecovillage Design Education at Findhorn in Northern Scotland. I ha…

How to Build a Vertical Vegetable Garden

How to Grow Cucumbers Vertically