Everybody loves a good pom pom, they have so many great crafty uses. But have you ever wondered how to make pom poms fluffy?

Today I’m going to share my secret for making super fluffy pom poms with a simple and unexpected tool. Can you guess what it is?

I enjoy making pom poms when I’m feeling a little stressed out or am in a creative funk. Just the process of making something helps me clear my mind and opens me up to fresh ideas. They all get stored in a box for later use like embellishing gifts or fancying up other craft projects.

Here are several easy pompom crafts that you can make with your fluffy pompoms:

Anyway, back to my secret tool. If you are a cat owner you may already have one at home. Yes, it’s a humble cat grooming brush.

I picked this one up in Japan to use for blending wool roving when needle felting. If you don’t already have one, you can just get a basic one at your local pet shop or discount store. The ones with the fine wire pins are the best to tease out the yarn most effectively.

Depending on the yarn you use to make your pom pom, you can get some pretty cool effects that can look like faux fur.

My preferred way of making pom poms is using a doughnut shaped pom pom maker, it makes really dense pom pom balls. Also I have found that acrylic yarn fluffs up much better than wool, and the thicker the yarn the better. You can experiment with several types of yarn to see which you prefer.

How cute is this wooden pom pom maker that actually looks like a doughnut!

How to fluff pom poms: 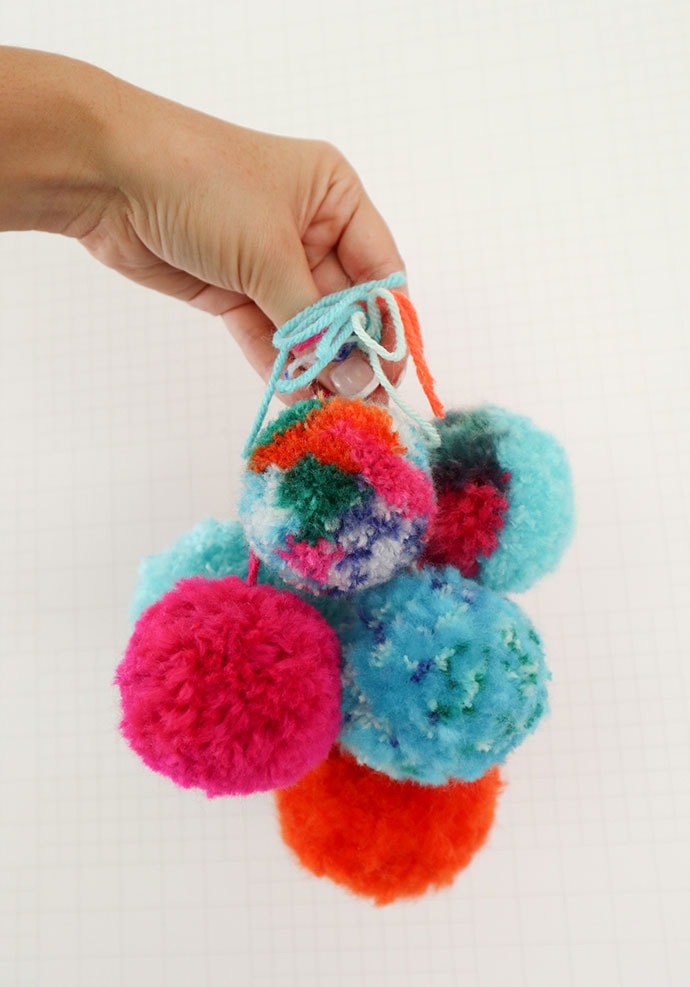 2. Trim your pom pom so it’s nice and round, now it’s ready for fluffing.

3. Use the cat grooming brush to tease out the yarn fibres. A light brushing motion is all you need. Don’t be too rough as you may pull out the yarn strands. Work all around the pom pom till you are happy with the fluffiness level.

4. Trim any stray pieces of yarn and you’re done!

Here’s how the fluffed and non-fluffed pom poms compare. It’s quite a different effect.

I’ve experimented with different styles of yarns and found the thicker the yarn, the better the fluffy effect. Here the small pom poms are 4 ply acrylic yarn. The fluffed pom pom on the left still looks more lush than the one on the right, but not as fluffy as the one below it made from 10ply yarn. 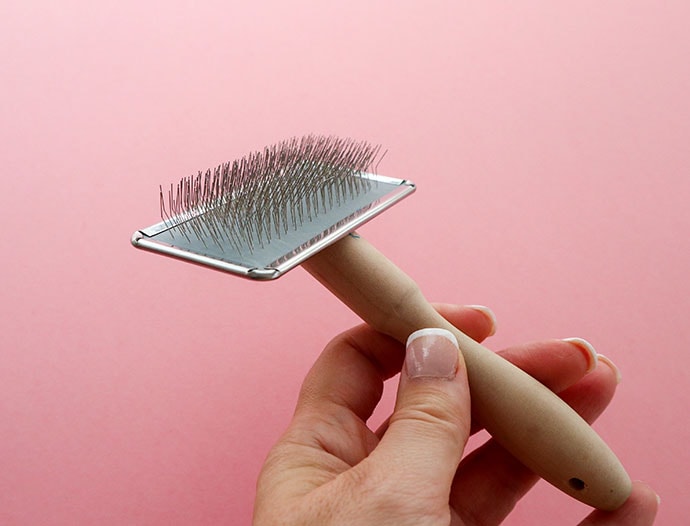 This orange pom pom was made with a loosely woven chunky yarn. The final effect was almost like rabbit fur, but it shed a ton of fibre.

What’s the best yarn to make pom poms with?

My favourite yarn to use for this technique was Red Heart Super Saver yarn, which was left over from this crochet project. It had just the right level of fluff without shedding too much fibre. You can experiment with several of your favourite yarns to work out what the best yarn for pom poms is. Don’t be afraid to mix yarn colours and textures for interesting effects. 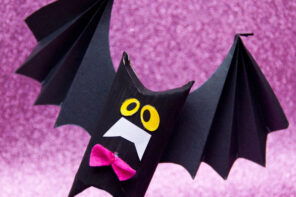 I’m a bit addicted to fluffing up pom poms now and will fluff any pom pom I can lay my hands on!

Now that I’ve shared my secret, it’s time for you to go forth and make a ton of fluffy pom poms!

How to Knit a Blanket a Free Knitting Pattern