When Dominic Wächter traveled from Germany to the United States for a marketing internship at a Santa Monica real estate office, he never expected to meet the love of his life. “He was the intern, I was the boss’ daughter… a classic,” smiles Chelsea Montgomery-Duban of their office romance. Though they worked together in the same department prior, it wasn’t until they were assigned to serve Glühwein, a German mulled wine, together at the company’s holiday event that they hit it off. “We had the best conversation,” remembers Dominic. “Even if there were hundreds of people around us, it felt like it was only the two of us.” Chelsea felt the same spark that evening. “He was the kindest, funniest, sweetest guy I had ever met and more of a gentleman than any American guy I’d ever dated,” she muses. “I knew he was something special.” 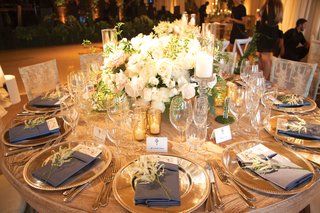 After three months they moved in together. During the next holiday season Dominic started planning his proposal – after securing the blessings of the fathers of the bride, who also helped him find the perfect engagement ring. Armed with a dazzling diamond sparkler, Dominic took his beloved to the gorgeous lookout spot where they had their first date. As they neared the top of the hike, Chelsea saw four musicians and told her beloved they should leave since they were obviously interrupting something; however, he advised her to keep walking and when she heard their song, she knew the romantic setting had been planned for her. “I couldn’t have imagined a more magical moment!” she exclaims. 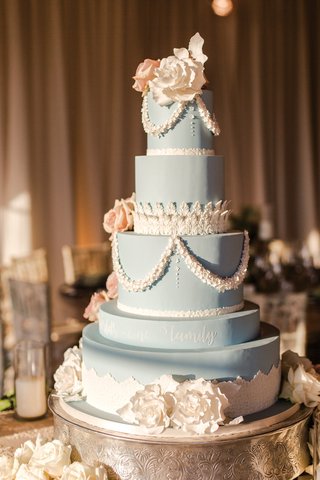 Since a large number of their 200 guests would be traveling from Europe for the nuptials, Chelsea and Dominic chose to exchange vows at a quintessentially California location with plenty of palm trees and ocean views. Unlike most grooms, Dominic was very involved throughout the planning process, which the couple agrees was a smooth experience due to their decision to hire Charley Izabella King of Bluebell Events. “Our wedding planner Charley couldn’t have made it easier for us,” shares the bride. “She made everything so simple; it was seamless.”

The couple elected a “Secret Garden” theme for the alfresco ceremony. “We wanted to create a magical place that felt sacred and special,” explains Chelsea. Tall wooden gates covered in vines and lush florals opened to reveal the exquisite lawn overlooking the Pacific Ocean. Guests took their seats as they reviewed a storybook-style program written in both English and German detailing their love story. The bride was resplendent in a strapless ball gown as she made her way through dramatic archways on the arms of her fathers to reach her dashing groom. “I was blown away when I saw her and was completely overwhelmed with emotions,” affirms Dominic. “It was an incredible moment, which I will never forget.” An Italian rotunda adorned with plentiful foliage and blooms, as well as azure drapery that blew gracefully in the ocean breeze, indicated the spot for the vow exchange. 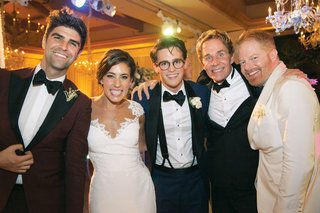 The whimsical garden-inspired theme continued into the reception, where guests found their seats atop lace-covered chairs surrounding wood tables left bare of linens or vineyard chairs at rectangular varieties strewn with lace – both styles displaying table numbers fashioned out of mums on moss stands. “It felt warm, cozy, and magical,” the bride reveals of the elegant décor. Centerpieces showcased low arrangements of tulips or roses surrounded by candlelight or towering tree-like designs fashioned out of birch branches, greenery, and soft-hued blossoms.

As an ode to German tradition, the newlyweds performed a waltz for their first dance. “We were completely in the moment and enjoyed every second,” remembers Dominic. “The dance may not have been perfectly executed on my part, but it felt perfect because we had the best time together.” Two father-daughter dances followed, as well as a mother-son dance, an anniversary dance to honor their grandparents, and a performance by the bride’s best friend, who is a singer-songwriter. Guests then took part in the hora and celebrated all night to the sounds of a live band. “The music was incredible!” says the groom.

The couple affirms the entire day was everything they dreamed of. “We really went all out to create an atmosphere and experience for everybody,” explains Dominic of the celebration that honored their marriage, as well as the marrying of their two worlds into one family.

When Dominic Wächter traveled from Germany to the United States for a marketing internship at a Santa Monica real estate office, he never expected to meet the love of his life. “He was t…

27 Ways To Have A Beautiful Budget Wedding