Wollerton Old Hall, near Shrewsbury is definitely a garden to visit this year if you can. This unusual four-acre property is a credit to its owners, Lesley and John Jenkins, who bought the house nearly 30 years ago and have created an Arts & Crafts style landscape here in a series of garden rooms surrounding a house that in part dates back many centuries. But you will have to plan your visit carefully because the garden is only open two days a week – on Friday and Sunday afternoons from 12.00-17.00 – from Easter until the end of September (Fridays only in September), plus Bank Holiday Mondays.

Lesley Jenkins spent part of her childhood here when her parents originally owned the property, but they eventually sold up and moved away and when she and her husband John bought it back in 1984, there was a very different garden to the one you see today. Lesley studied Fine Art and has created a landscape with strong architectural lines and colour schemes within a framework of garden rooms that run across three north-south and three east-west axes, allowing striking glimpses of what is beyond. Hedging and paving play an important role in drawing your eye through this garden. 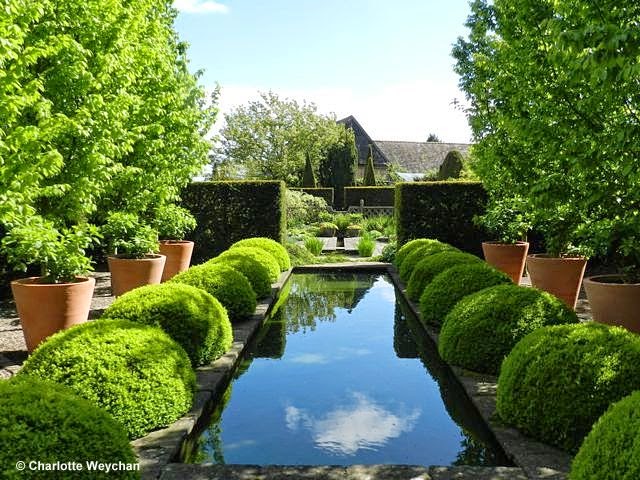 I visited in May, but have spoken to colleagues who have gone later in the season and am assured that Wollerton retains its interest throughout the open period because of its imaginative planting. Clipped yew, box and a variety of shrubs give strong structure to the various different garden rooms and the borders are planted with many different perennials that come into flower throughout the season. 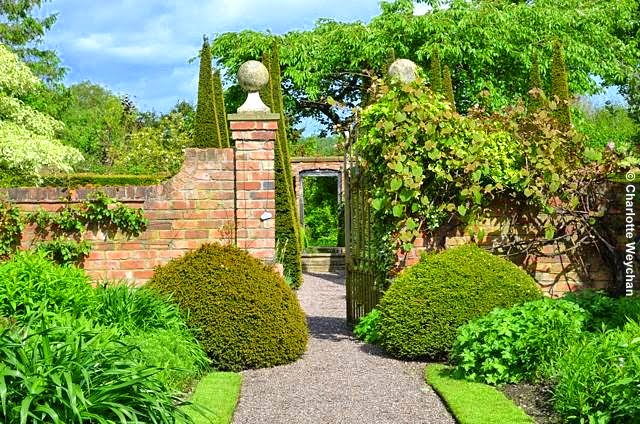 May was a little too early to enjoy some of the garden rooms at their best, but there were plenty of spring bulbs in bloom and with the promise of summer soon, the chance to see the bare bones of this charming garden with all its walls and gates. What really struck me was the vast array of different greens in the spring palette here and the chance to see the promise of what’s to come later in the season. So this year, I’m determined to return to Wollerton throughout the open period, as I head to more properties in the north of England and further afield in Scotland, in my quest for new gardens. 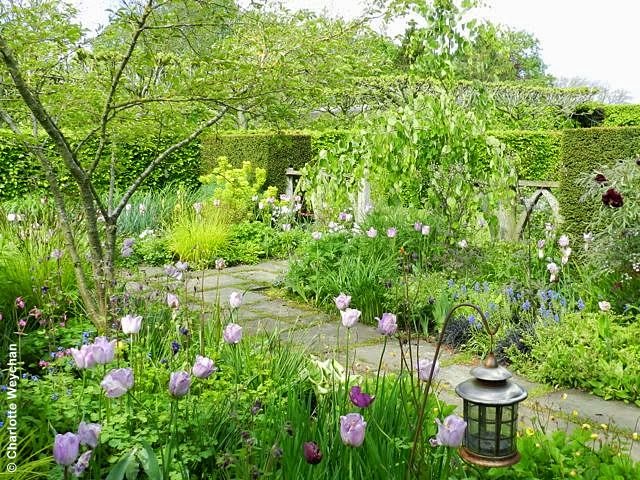 Wollerton Old Hall, near Shrewsbury is definitely a garden to visit this year if you can. This unusual four-acre property is a credit to its owners, …

Repurposed Garden Containers and Tons of Great ideas for your plants

Repurposed Garden Containers and Tons of Great ideas for your plants

The ‘Secret Garden’ Strategy – how to turn forgotten into fabulous