“It’s a way to intervene in the environment.” Four years later, as a result of a Change.org citizen petition to the government, a similar initiative dubbed “Via Verde” has expanded to incorporate existing structures around town.

“Via Verde includes the installation and maintenance of more than 40,000 square meters of vertical gardens in more than 700 columns on the second floor of the beltway around Mexico City,” the petition proposes.

“This would bring new green areas for the City of Mexico, generate multiple environmental benefits for citizens and positively change the urban image of one of the busiest roads of Mexico City, along more than 30 kilometers.” The plants will grow around metal frames, which will be buffered against the pillars with fabric to avoid damaging the highway structure. 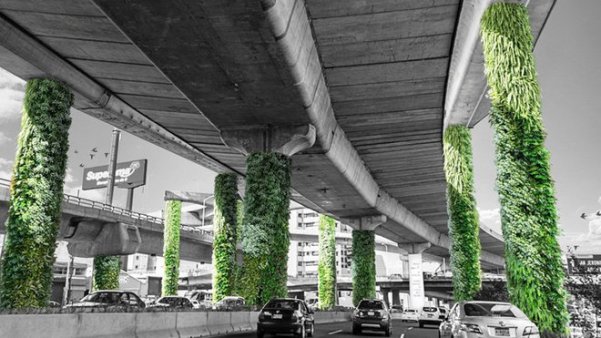 The project aims to cultivate enough plants to produce enough oxygen for more than 25,000 residents and create hundreds of jobs—both directly and indirectly—in the process. “Vertical gardens are cultivated on exterior building walls with plants that grow without the need of any type of soil,” explains Mexico City: A Knowledge Economy, a brief published by Mexico City think tank Scientika. 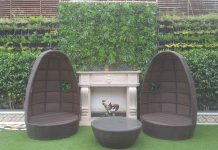 “Among such plants are epiphytes, many types of mosses and lichens, orchids, ferns, and bromeliads. Also called ‘air plants,’ many of these species are dependent on other plant species and do not root in the ground. Vertical gardens serve as air filters and regulate heat, reducing temperature by as much as eight degrees outside and can decrease as much as ten decibels of noise pollution.”

We hope such kind of projects does start in major Indian cities too. Instead of Odd- Even formulas government should bring such ideas to reality.

In 2012, Mexico-based non-profit VerdMX started creating stunning—and environmentally-friendly—vertical gardens around the city. “The main priority for vertical gardens is to transform the city,&