This post contains affiliate links, as a member of affiliate programs and as an Amazon Associate, I earn from qualifying purchases.

How do you know which knitting needles to choose for your next project? I’ll help you!

Hey friends, today I wanted to share with you some of my favorite knitting needles. I have a lot of needles. I’m one of those people who gets so excited about a project that I run off to the craft store or yarn store without checking first to see if I have the right needle size already. So then I just end up buying another set, which leads to duplicates. I did manage to solve that problem and over the years I’ve learned what I do and don’t like.

The first thing to consider is whether you are a wood/bamboo person or a metal person. (I think they make plastic needles too but I’ve never really seen them in the store) I am a bamboo needles person 100%. 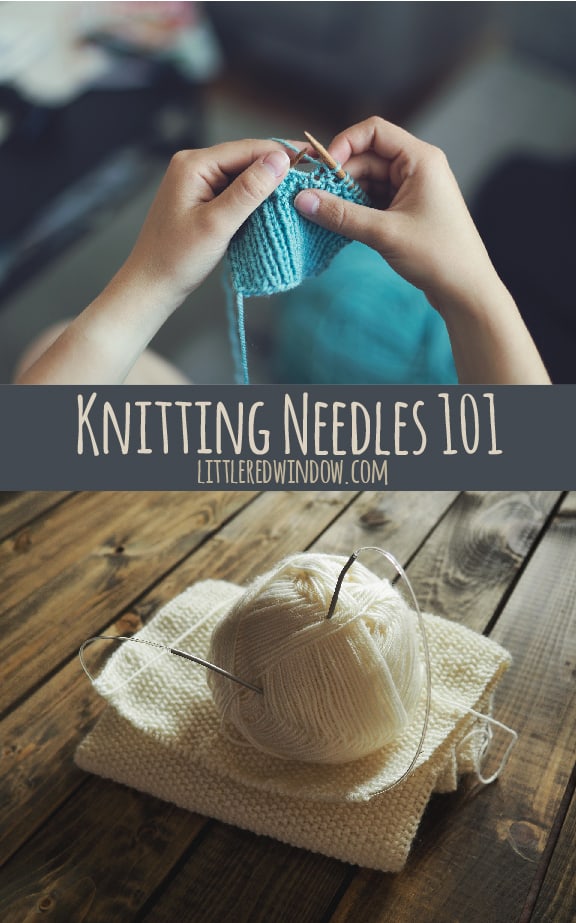 I have a few sets of metal needles from when I first started knitting (they’re cheaper) and they aren’t my favorites. I think they’re too slippery, cold and they make a clacky sound that annoys me. But you know what, if you prefer metal, we can still be friends, let’s just not talk about it when we get together, deal? 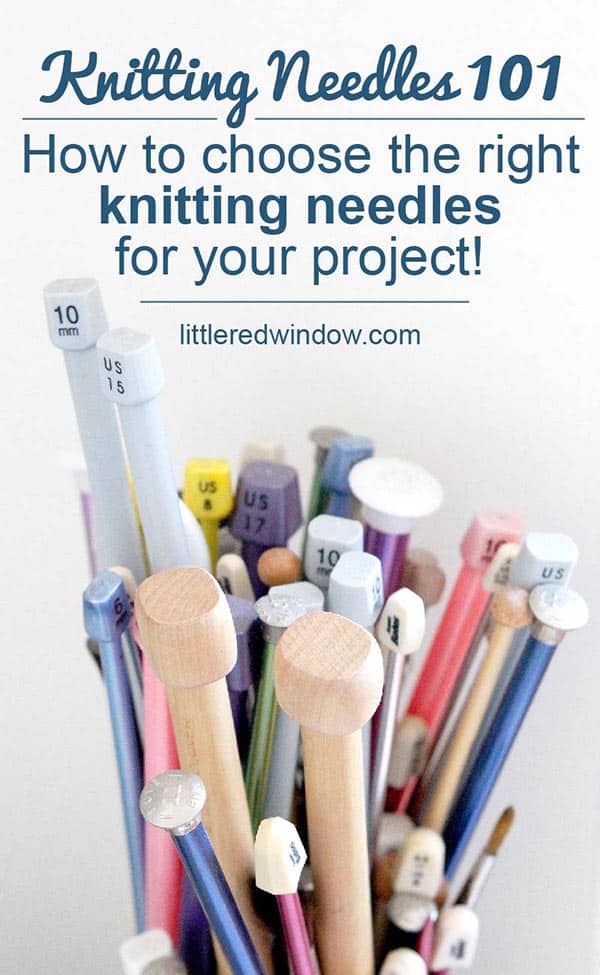 The pattern you’re using should tell you the size and type of needle that you’ll need. There are three kinds, straight needles, circular needles and double pointed needles. You can buy any of them individually, but what I finally did, once I realized knitting wasn’t just a passing hobby, was to get myself some sets.

I started with this straight needle set which has all the sizes from US 8 – US 15 and a carrying case which is really nice because then I’m not hunting around for matching needles.

Ialso got this set of 29″ circular needles in the same sizes and also with a carrying case which was perfect for a while.

If you’re an advanced beginner, I think these two sets are a great place to start. But if you have to choose only one, get the circular ones because you can always knit flat using circular needles but you can’t knit in the round using straight needles! In fact I almost never use straight needles anymore.

If you’re an intermediate knitter, you probably want to add a set of double pointed needles as well. These help you knit things in the round that have a small circumference like socks or the top of a hat. This bamboo set has sizes US 1 – US 15 which should work for almost any project!

Eventually, as I got more advanced, things changed. I started working on projects where I needed different lengths of circular needles. You can get circular needles where the cord connecting the two needles comes in lengths of 16″, 20″, 24″ and 32″ and 40″. 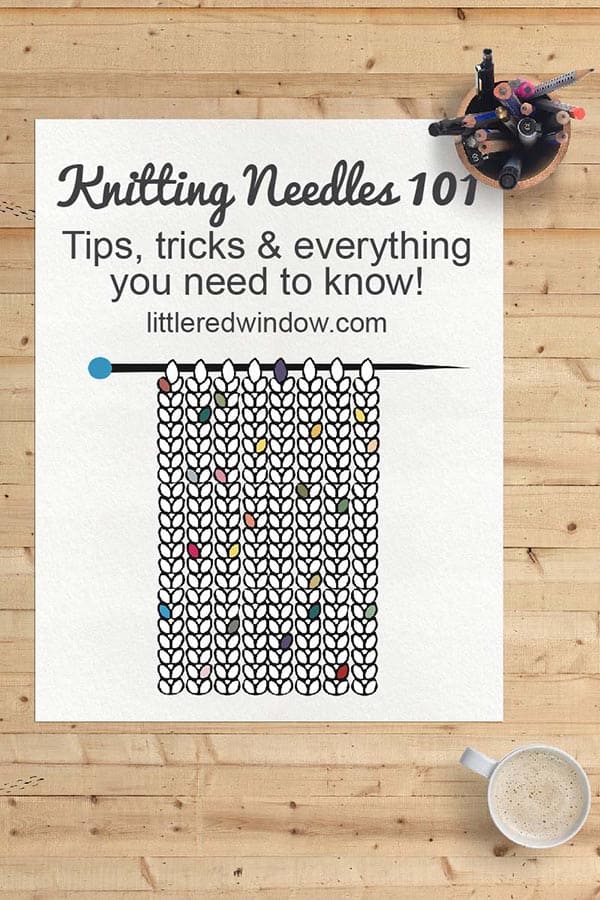 Plus if you are a Magic Loop fan (I know some people aren’t, and that’s ok) you won’t ever really need double pointed needles again. So the interchangeable set can literally be the only knitting needles you need! Hooray for simplicity!

If you want more sizes and you like metal needles, this set also is great.

At some point, the yarn store didn’t have a size of regular needle I needed so the owner talked me into trying a set of these square knitting needles. They’re supposed to keep your stitches more even and help with hand pain and fatigue. I thought I would hate them but I actually liked them. Go figure. They’re also just really pretty. Just know that a lot of people need to go up one size to get the same gauge as with regular needles.

Cable needles, like these lovelies, are used to hold stitches that you aren’t working until you’re ready to cross them over to make a cable. For a long time, I assumed cables were going to be really really difficult so I put off trying them. Want to know the truth? Cables are totally easy! But a cable needle is handy to have in your knitting bag.

I use a stitch holder rarely, but when I do, I’m always glad I have one. They’re handy to hold stitches that you aren’t using, like when you’re knitting short rows.

If you’re a knitter, one thing you can never have enough of is stitch markers. They help you keep track of the start of rows in circular knitting or where patterns repeat. They’re really just so handy. These are my favorite kind, I like how easy they are to open, close and put in and take out of knitting. Plus they’re not expensive so it’s not a big deal when I inevitably lose them.

In my knitting bag I also always have the following items. A pencil (for making notes on patterns or keeping track of where I left off). A small pair of sharp scissors , a yarn needle for weaving in ends, and a short 6″ ruler for measuring gauge and length. (I used to use a ruler app on my phone for this and then, when I upgraded from an iphone 5 to an iphone 6, the app didn’t update properly and just stretched its ruler to fit the larger screen. This seriously messed up a knitting project. So now I prefer an analog ruler. Some things technology just does not do better! )

If you liked this, you may also like some of my other posts…

How do you know which knitting needles to choose for your next project? I’ll help you! Hey friends, today I wanted to share with you some of my favorite knitting needles. I have a lot of needles. I’m one of those people who gets so excited about a project that I run off to the […]

How to Read Your Knitting, Part 1: Counting Stitches

How To Read A Knitting Chart

How to Read Your Knitting, Part 1: Counting Stitches

How To Read A Knitting Chart

Cable stitch: How to knit a cable for beginners [+big pictures & video]

How to Cast off Knitting for Total Beginners