If you knock on Lisa Nutt’s front door on a warm afternoon, she probably won’t answer. But don’t take it personally. Since redesigning the landscape of her North Little Rock home, Lisa doesn’t spend much time inside the house. You are more likely to find her in the backyard—walking in the shade of her Japanese maples, listening to the calm trickle of the koi pond’s waterfall, or getting her hands dirty in flowerbeds that are thick with ferns, begonias and purple salvia. 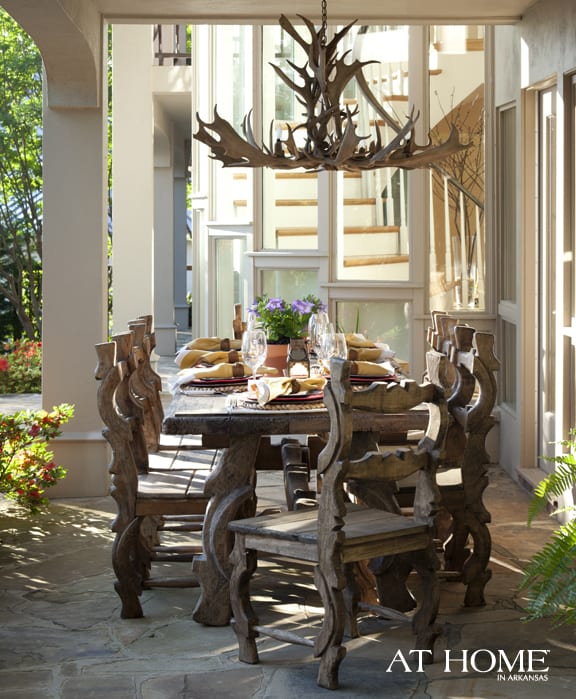 “I’m never inside the house anymore,” Lisa says while standing on the flagstone walkway that weaves through her meticulously planned outdoor oasis.

On the grounds of the stately home, tiers of flowerbeds slope downward toward the dock, where the calm waters of the neighborhood lake lap softly against the family’s favorite fishing spot. To Lisa and her husband, David, their roots in this land and home run as deep as the roots of the giant oak trees that canopy the yard. “David’s grandfather lived here,” Lisa says about the home, which was built in 1959. “David grew up fishing on this spot.” 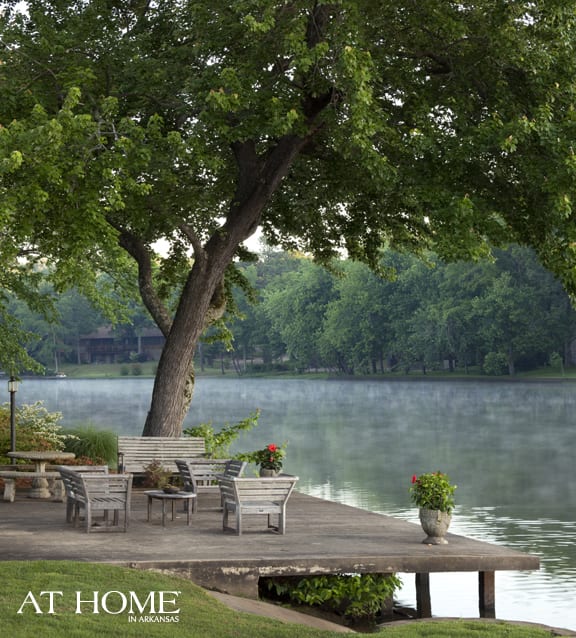 When Lisa and David had the chance to purchase the home in 1989, they didn’t have to give it much thought. Moving in felt like coming home. Then, the backyard consisted of some azalea bushes and a large grassy slope that extended to the water. In 2005, the Nutts decided to include landscaping with a remodel of the home. “We wanted to have an outdoor space, something that would get us outside,” Lisa says.

Within six months, the blank canvas of the grassy slope became a lush garden getaway complete with a spa, pond and a colorful variety of flowers, plants and trees—including Japanese maples, which are among Lisa’s favorites. This once-plain outdoor space is now thick with sweetbay magnolias, hawthorn, hostas, daylilies, hydrangea and several types of ferns. Creeping juniper spills over stone flowerbed borders, and dogwood trees shade the dock. The new design blends seamlessly with the garden’s older elements, including crape myrtles planted along the side of the home long before the remodel and now reaching beyond the home’s second level. As the garden has matured, outdoor family dinners have moved from the upstairs balcony to the roomy table for eight on the flagstone patio. Stairs lead to the space from the kitchen, making for easy access. At the edge of the azalea-bordered koi pond, chairs surround a small table next to the fire pit, inviting friends and family to gather on cool evenings. And the Nutts’ children and grandchildren enjoy egg hunts around the flowerbeds on Easter. While most families go away for vacation, Lisa and David don’t feel the need to go anywhere. 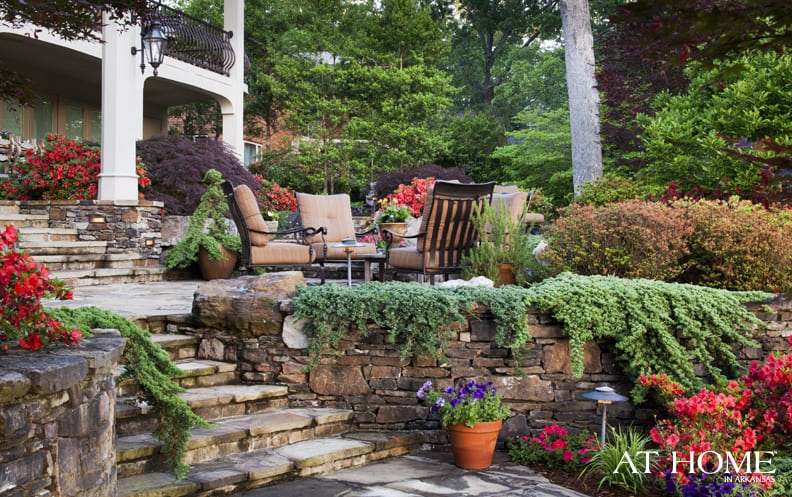 “We used to have a lake house, but we decided to just make this our lake house,” she says. “This space is special, and we never get tired of looking at it.”

If you knock on Lisa Nutt’s front door on a warm afternoon, she probably won’t answer. But don’t take it personally. Since redesigning the landscape of her North Little Rock home, Lisa doesn’t spend much time inside the house. You are more likely to find her in the backyard—walking in the shade of her Japanese…Read More »