On the edge of a large heath land in the county of Surrey in the South of England lives painter and best-selling author Celia Lewis with her chickens and turkeys and sheep–and the occasional pig. They’ve all made appearances in her books (as well as in her rambling seven-acre garden). 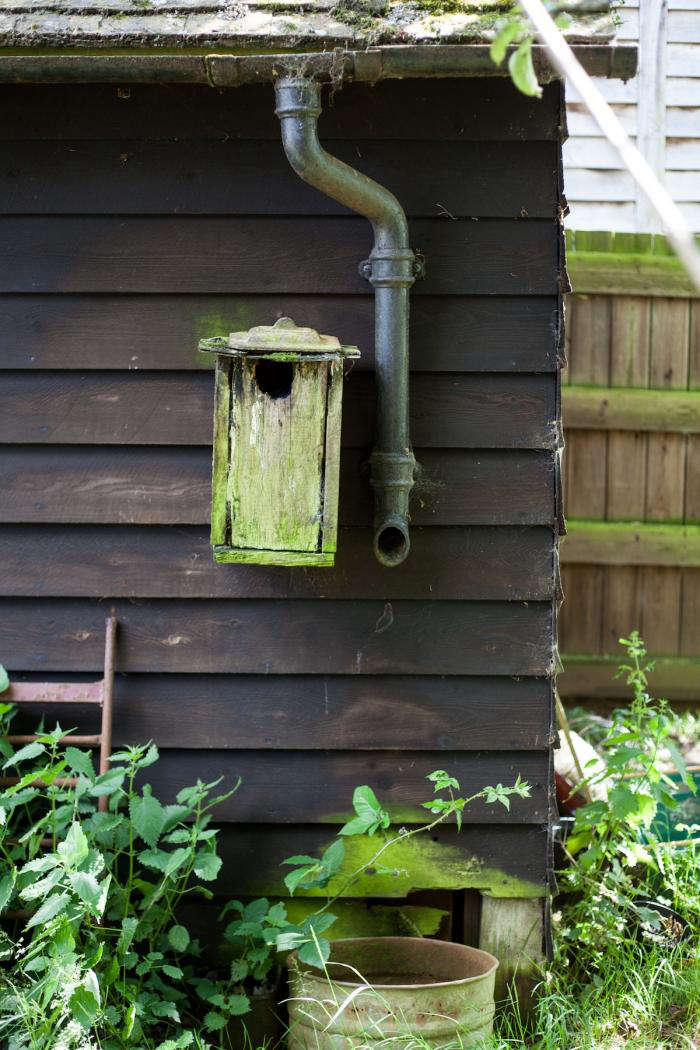 It’s the quintessential old-fashioned sprawl of an English country garden, woods and mossy paths, a sunny wildflower meadow, and am idyllic spot for lunch on the lawn. 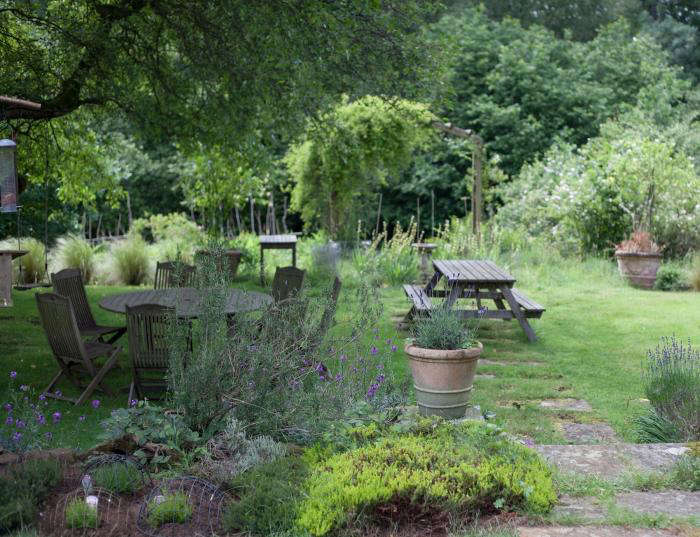 “We’ve lived here for nearly 40 years, bringing up our three daughters and now entertaining our six grandchildren,” says Lewis, whose An Illustrated Country Year will be published in September by Bloomsbury. “The garden is full of animals such as deer that make formal gardening impossible. We long since decided that what we like is the natural look.” We quite agree. 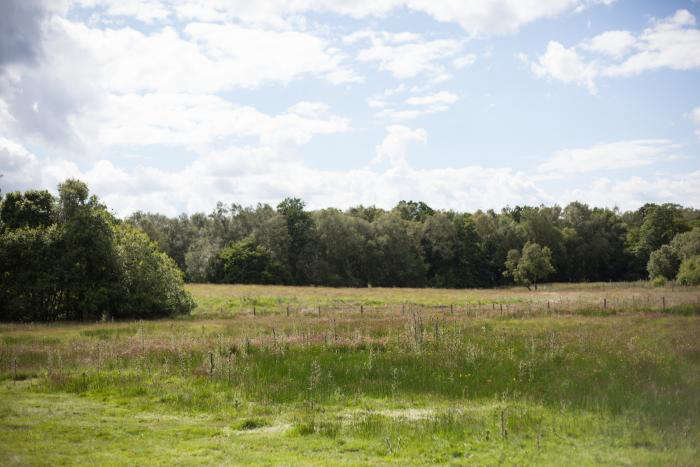 This is one in an occasional series of stories about readers’ secret gardens. Would you like us to feature yours next? Send photos to [email protected] (or tell us about your garden in the comment section below). 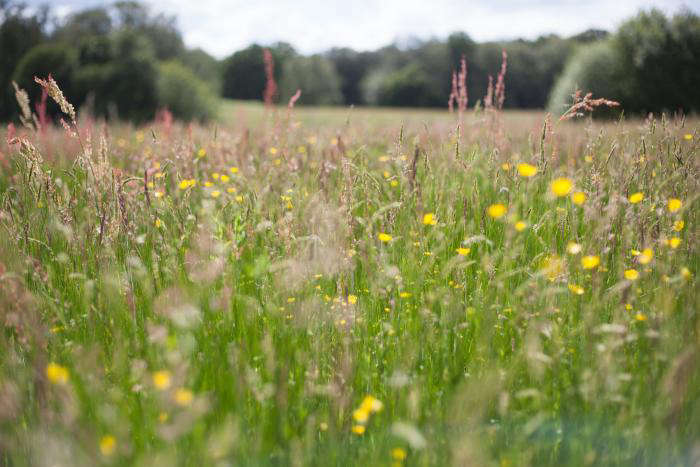 Above: “I’m afraid the croquet box simply hasn’t been put away–we play it on the lawn in summer,” says Lewis.

Above: Close to the house is a large crabapple tree and a picnic table “in the shade of this lovely tree where eat eat in the summer–not as othen as we’d like thanks to the tiresome English climate,” says Lewis. 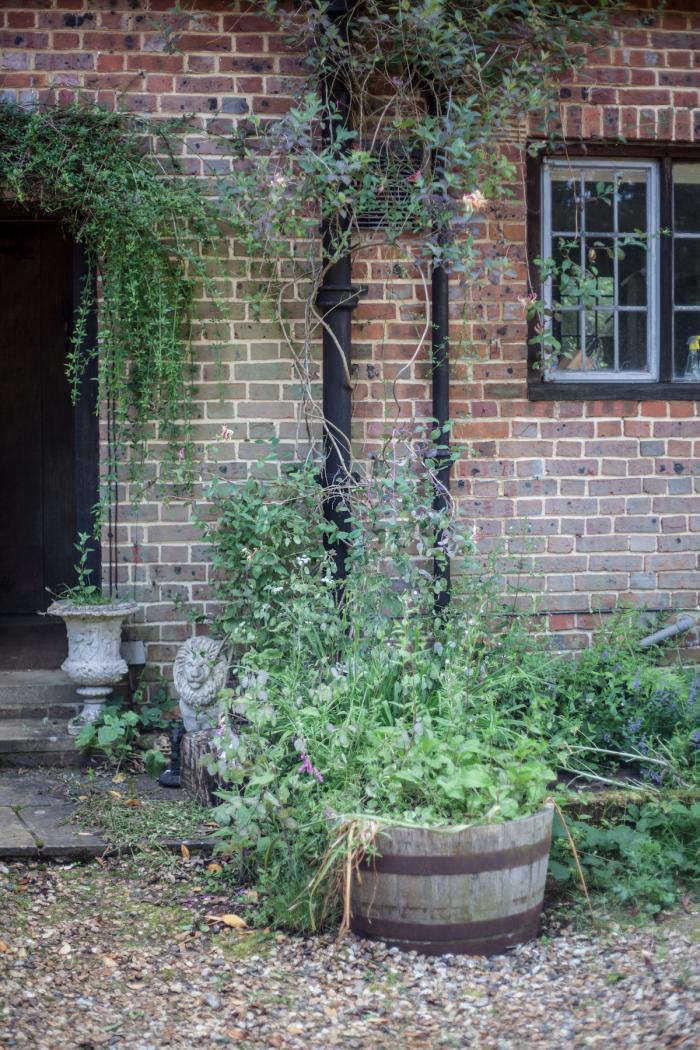 Above: “My advice to gardeners would be make the most of plants that thrive and don’t struggle with exotic things that aren’t suited to your climate or soil,” says Lewis. “If you have a deer problem, like us, grow things they don’t like (there are a few).” 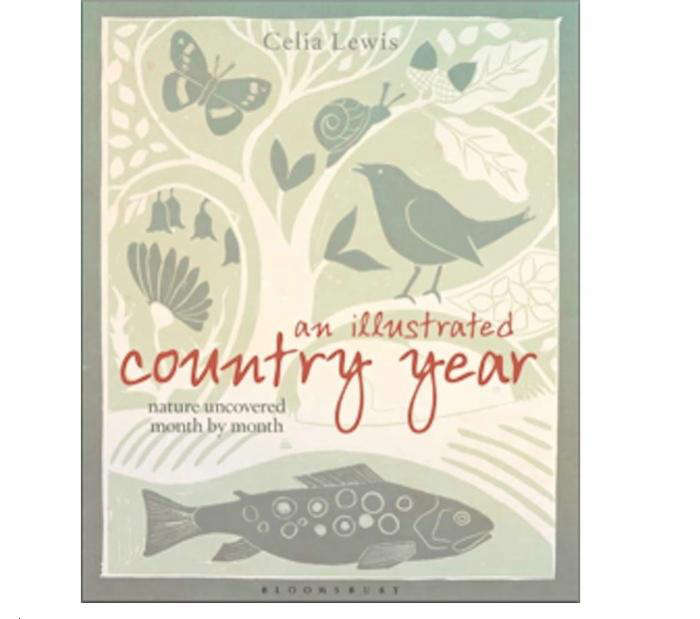 Above: Lewis’ An Illustrated Country Year is £18 from Bloomsbury. Charles, Prince of Wales wrote the Forward to Lewis’s most recent previous book, The Illustrated Guide to Chickens, which covered such topics as combs, feathers, broodiness, and culling. 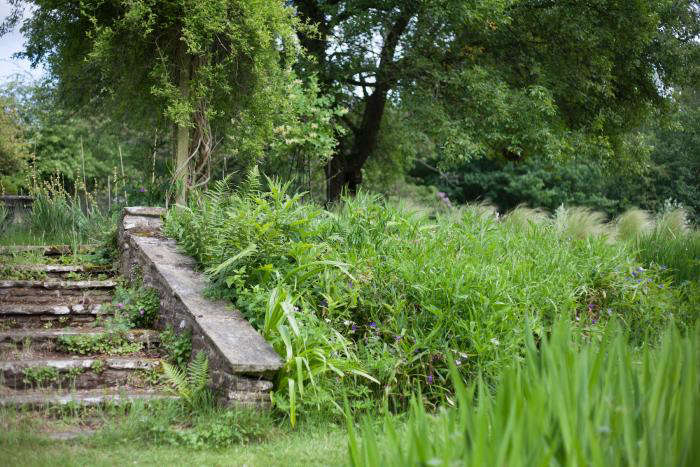 Above: The garden is made up of lawn and paths through the wooded areas and has been a large inspiration for Lewis’ forthcoming book.

Above: Lewis’ new book will cover everything you might encounter on a walk in the country, from beetles to buzzards, to bluebells, to birds.

Above: Rainwater from the roof is collected to water tender seedlings that might not tolerate tap water.

Above: A tangle of clematis grows against the house.

Above: A mossy dark path through the woods leads to a wildflower meadow.

Above: The wooded areas join almost seamlessly into the meadow, says Lewis.

Above: “The meadow is a joy, full of wildflowers and even orchids; I once did a plant species count and reached over 70 types not including grasses,” says Lewis. 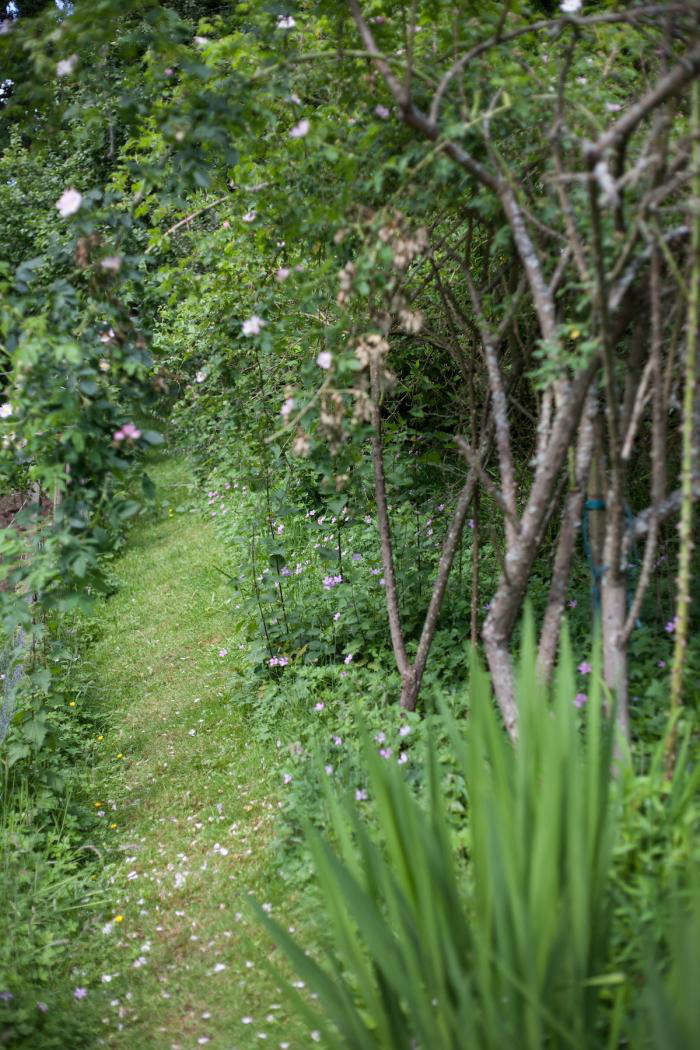 Above: At the moment, Lewis is keeping eight Belted Galloway cows in the meadow. They’re “helping me with my research into cattle and maintaining the grass at the same time,” she says. 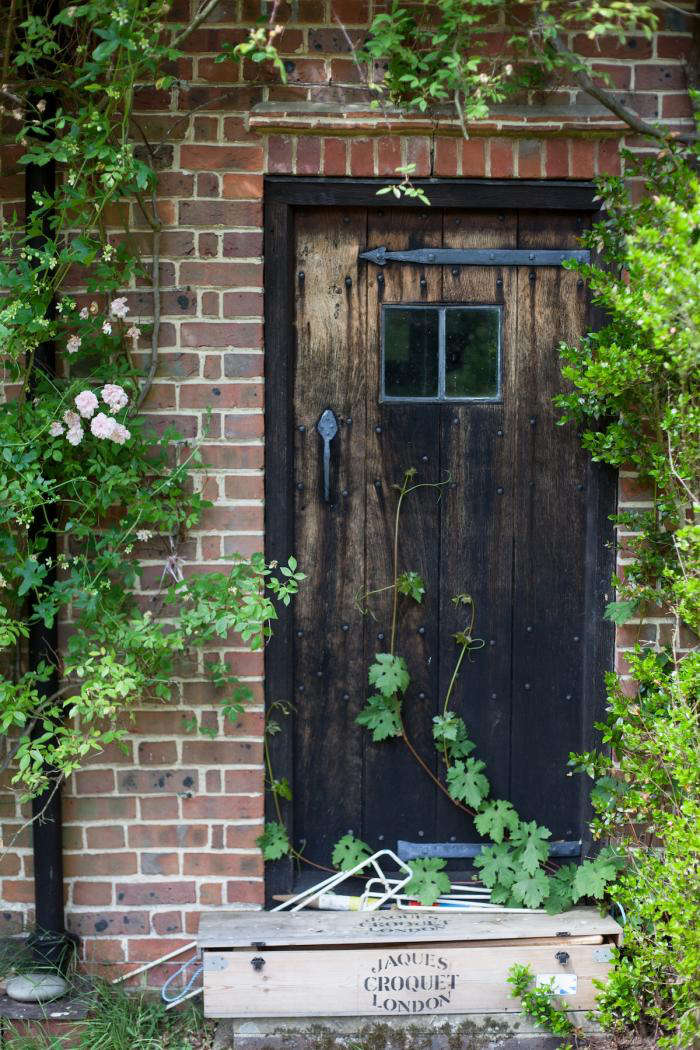 For more readers’ gardens, see Beauty in the Berkshires and Fanciful Topiary at the Old Eldridge Place.

Curb Appeal and Landscaping Ideas From Across the Country